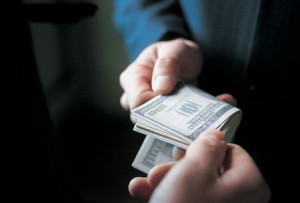 Corruption is regarded as one of the most serious obstacles to development of a society.  The corruption level of a country has been linked to its economic growth rate, stimulating or discouraging native and foreign investment, and influencing the size and use of public expenditures.

Political and state institutions are of key important in determining the prevalence of corruption, meaning that democracies, parliamentary systems, political stability, and freedom of press are all associated with lower corruption. Therefore, the principle element of the EU anti-corruption policy is the political commitment, a clear political determination and an unambiguous stance at the highest level. The European Commission points out that the anti-corruption authorities must be independent, autonomous and endowed with effective means for gathering evidence and protecting those who help them to combat corruption.

It is of great importance to strengthen accountability mechanisms in public finance, starting from independent regulatory bodies to CSOs, which have to participate actively in the enhancement of accountability and transparency processes.

All the researches (UNDP, Transparency International CPI etc.) show that citizens of Serbia believe that corruption is a customary occurrence in Serbia, as well as that almost nothing will change in this area in the coming years. They, also, think that the most affected sectors are public sector like health system, state and local administration, public companies, but also political life and media.

Therefore, the International Security Institute will use its top experts in the fields of law, security and economy, and cooperate with all the relevant international organisations, security agencies and judicial system of the Republic of Serbia, to fight corruption at all levels of public sector.

Within our activities we shall publicise academic/expert works on the issue, but also specific research and information.